When asked, I Iist JFK and Barack Obama as my favorite US presidents if only for personal style. But in terms of personality, I am now wholeheartedly adding John Adams, first Vice-President and second President of the United States. He was anything but stylish. But his temperament, drive, as well as his achievements, make him cool nonetheless. Adams was an utterly human and common man, and I couldn’t help but identify with him on that level. Plus, he made sense regarding the proper form of government. This is the second installment of my POTUS biography series, from the excellent David McCullough. An impression of John Adams.

The two first presidents could not be more different. George Washington was tall, handsome and emotionally reserved to a fault. John Adams not so much. Instead, nicknamed later ’His Rotundity’, Adams was short, round and temperamental to a fault. Whereas Washington became a mythical figure, the Father of the Republic, John Adams was only later recognized as the engine and the voice of American independence. It was Adams who brought the passion, as a Massachusetts man, that persuaded, cajoled and drove the other 12 colonies to accept the inevitability of their separation from Britain. And it was Adams who got Washington appointed Commander-in-Chief of the Revolutionary Army, and got Thomas Jefferson to write the Declaration of Independence.

With the American Revolution in full swing, Adams was dispatched to France to join another Founding Father, Benjamin Franklin, to solicit France’s assistance in the struggle. His temperament, impatience and passion for his country were not Adams’ greatest assets in the art of diplomacy. However, his persistence was. Perhaps Adams was the American who started the stereotype of the loud, direct, slightly obnoxious American in Europe. He was unsuccessful in France in the shadow of Franklin, but partly due to welcome developments in the revolution back home Adams was successful in the Netherlands of all places. Adams secured loans for the nascent state from the wealthy Dutch. He enjoyed a grand old time with Franklin, Jefferson and his beloved wife Abigail in France in a second tour of duty there, and even found success. But Adams’ great patriotic moment may have been his first audience with King George III of Great Britain, as the first Ambassador of the United States to the former mother country.

Upon his return from his diplomatic mission, Adams professed a desire to retreat to his farm. But Adams was not devoid of any ambition, like any man of his time, an ambition to be a man of consequence. However, Adams was acutely self-aware. I was struck by how Adams, in his youth, felt that he was lazy, wasting time. ’Why was he constantly forming yet never executing good resolutions? Why was he so absent-minded, so lazy, so prone to daydreaming his life away?’ He judged himself vain, proud.

’A puffy, vain, conceited conversation never fails to bring a man into contempt, although his natural endowments be ever so great, and his application and industry so very intense…[And] I must own myself to have been, to a very heinous degree, guilty in this respect.’

And Adams natural endowments were great. But in their exploitation, Adams continued to fall victim to spells of vanity and its accompanying characteristic of an inability to take criticism. I may not be guilty of the former former, but I have great experience with the latter.

John Adams was not only a student of his own nature. He was a keen student of human nature in general. ’Let me search for the clue which led great Shakespeare into the labyrinth of human nature’, Adams wrote in his diary. ’Let me examine how men think’. He became convinced that individuals, as he himself, had a passion for distinction, leading to great and terrible things. Humans can do evil things when they are ruled by their passions, although they strive to act on reason. ’Reason holds the helm, but passions are the gale.’ He believed only in the limited perfectibility of humankind. The law, his views on human nature, common demeanor and common sense would dictate his views on government, and how he advocated for them. Also on this basis, John Adams continued to display streak of fierce independence while in government

In 1776, even before the writing of the Declaration of Independence, Adams started formulating his Thoughts on Government. Any government must advance the happiness of the people. And a society with republican government must be ruled by laws, not by men And given the dangerous tendencies of human nature, Adams outlined the broad strokes of such a republican government accordingly. There were to be two legislative chambers, an executive, and a separate and impartial judiciary. He foresaw a government in which power is balanced, and any abuses of power checked. Checks and balances. Adams feared the tyranny of the majority, and equally the few who become to powerful. He believed that people were equal in rights and dignity, but not in ability or talent, and thus saw the development of a natural, governing, aristocracy. The elite as we would call them now. Adams wrote the Constitution for the Commonwealth of Massachusetts in 1779, which was the blueprint for the US Constitution of 1787, although Adams did not participate in drafting the latter. It is still the oldest functioning constitution in the world. He would later be accused of wanting to establish a monarchy in America, by way of the increasing centralization of government power. Under his presidency, the struggle between Federalists and Republicans who advocated for states rights quickly escalated. It continues to this day.

John Adams may have been a flawed man, but his love of country, independence and strength of convictions as well as the convictions themselves, puts him in the Top 3 of my list of favorite presidents. He was magnificently portrayed by Paul Giamati in the acclaimed HBO mini-series ’John Adams’. The series was based on McCullough’s book, but of course mangled the timeline of Adams’ life here and there, and selected salient moments from his life not always discussed in detail in the book. Nevertheless, I could never get Giamati’s rendition of this fine man out of my head while reading it…. 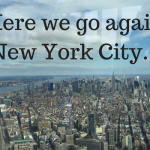