So I now have four presidents on my all-time favorite US President list. After JFK, Obama now follows Thomas Jefferson. John Adams is relegated to fourth. Not much of a surprise there I think. Some call him the true ideological founder of the American Republic. And as the title suggests, he was not only a master of ideas, but also a master in utilizing power. But the story of his life, more than Washington’s, is as the author writes: “Jefferson’s capacity to live with contradiction was nothing less than epic.”

The two presidents who succeeded each other in the Presidency, couldn’t be more different. As I said in the previous book review, Adams was loud, passionate with a temper, short and round. Jefferson was tall, soft-spoken and reserved like Washington, but an intellectual, a true Renaissance man. His curiosity knew no bounds in the best tradition of the Enlightenment. Science, architecture, as well as political and legal philosophy were on Jefferson’s mind. Where John Adams felt insecure about his intellectual abilities and struggled to better himself, Thomas Jefferson was a natural Renaissance man who loved nothing else but to read, think and write. And that is why I am now ranking Jefferson over Adams; because he appeals to me more, I identify with him more. It is the action on the public stage versus the action in the private mind.

All the power that Jefferson came to enjoy originated in his ideas and role in the American Revolution. He formulated the essence of individual liberty, what it required and how the British were strangling it. The emphasis on individual liberty and republican government would be his benchmark for the rest of his life. His famous yet casual insistence that there should be a separation of church and state has become doctrine in democratic theory. Jefferson believed that ’we are to be saved by our good works which are within our power, and not by our faith which is not in our power.’ As a precondition for a sustainable republican democracy, Jefferson saw a need for educated men. ’In a republican nation whose citizens are led by reason and persuasion and not by force, the art of reasoning becomes of first importance.’ The University of Virginia which he founded was to ’form the statesmen, legislators and judges, on whom public prosperity and individual happiness are so much to depend.’ People needed to be enlightened through education so they can govern themselves.

Throughout his career, Jefferson feared that the tendency towards strong central government would hurt individual liberty and states’ rights, and set a course back to monarchy. So he was torn between the lures of private and intellectual life, however tragic that part of his life turned out to be, and the pursuit of power in order to guard his principles. But he was not only a principled man, hell bent on limited and weak federal governance. As the title of the book suggests, Jefferson was a master at pulling the strings of power. He covertly used his influence and prestige as power tools to resist the federalist developments. Yet, when he himself took the reigns of executive power as president, Jefferson used that power liberally to advance the interest of the nation, as he did in the Louisiana Purchase.

The contradiction that has been a stain on Jefferson’s legacy is his relationship to slavery. Like Washington he was a slave owner who professed that the institution of slavery was morally wrong, but who was unable to do anything about it. On the one hand, his hypocrisy is deepened by his long-standing relationship with slave woman that included offspring. On the other hand, he did try on different occasions, including in a draft of the Declaration of Independence, to start the conversation about abolishing slavery in America. As I mentioned in the review of George Washington, I think I am appreciative of the cultural and moral conundrum in which both Washington and Jefferson found themselves. They must have felt confused and powerless. But that may be giving them the benefit of the doubt.

As soon as I get a chance, I will be going to Monticello; the home and the center of Jefferson’s universe. It was here where he could exercise all his intellectual instincts. The building itself was of his own design, and saw different iterations. Jefferson’s library was second to none, although he lost his collection at one point. He could discuss gardening, astronomy, theology as well as political philosophy. Thomas Jefferson was a true Renaissance man. The only question I have is, where did he find the time? 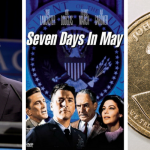 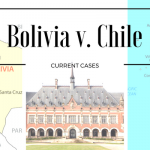