I flippantly said in the beginning of this blog and my journey as freelance writer, that I dreamt of reading the biographies of all US presidents. In order. Low and behold, I started. Why not. So, I got myself a copy of a hefty biography about George Washington, by Ron Chernow. How appropriate in a mad election season to go back to the first president. It took me a long time to finish the book, because of its size and minute printing, and of course other books. But here is my non-American impression of the father of the republic. And I let me emphasize the word ’impression’.

As a preliminary matter, I want to emphasize ’impression’. Because it is impossible to generate a full picture from a biography, or even several bio’s on the same subject. In a book review, it doesn’t make sense to provide a summary of the book. At least not for me. I half-jokingly started this new series (I guess) to gain an appreciation of what kind of man (and soon to be woman) seeks and holds this awesome office. Who were these people? How did they come to seek the presidency, and how did they do? And also, what did they do after?

From what I have read of the people who have founded the American Republic, they were all ambitious men. Sometimes in different ways. Ambitious to secure their livelihood, social standing, and/or a legacy. I am convinced that none of them were purely motivated out of a sense of duty and love of country. And neither was Washington. But he seemed haunted by all kinds of ambitions and sense, not just a few. The list of insecurities looms long. Washington was insecure about his lack of education and intellectual credentials; whether he ever had enough money and commensurate social standing; how he looked as a military commander; his famous lifelong dental issues; and above all, his overall legacy. It is probably not uncommon for people to have ambition out of fear, and Washington had plenty of both ambition and fear. Yet, despite his ambition and quest for legacy, he quickly grew to hate the attention and idolatry that befell him as his standing grew.

As we have seen in the 2016 presidential election, the temperament of a president matters. And Washington could perhaps not be a sharper contrast to Donald Trump. Washington was known for being guarded, not only with his emotions, but also with his political or military views. He was the master of indirectness:

’As a man of moderation, he delivered praise sparingly and fear that excess familiarity with subordinates might weaken their performance. He kept people slightly off balance, guessing and vying for his favor. He managed relations with colleagues through subtle hints and gestures, and they learned to decipher his subliminal messages with accuracy.’ (p. 605)

But his superficially cool and even manner disguised and bottled up a bit of a temper. Author Ron Chernow used the treasure trove of letters to and from Washington to showcase that temper. Washington’s mood, temper, level of discontent could be measured through a letter’s salutation or greeting. Washington’s level of directness in a letter is a good indicator as well. And of course, there are reports where Washington’s temper would flare up in meetings, to the astonishment of their participants. Much of his temper was also reserved for the political press that really come into its divisive own in Washington’s second term.

All founding fathers had to grapple with the issue of slavery, and are judged by their positions on it. But like Thomas Jefferson, Washington tried to navigate three contradictory pressures. First, the feeling that slavery was wrong on a fundamental level. Second, the equally fundamental feeling of slavery as a part of a culture of which they were an indelible part and which was a part of them. And third, the precocious unity of a new nation. Washington, like his contemporaries, was conflicted between the three. But the moral weight we attach to the institution of slavery is just not the same as it was back then. It makes for a schizophrenic, hypocritical lifestyle that is hard to comprehend now. I especially felt wonder about the deliberate evasion of Philadelphia’s anti-slavery laws by President Washington in the nation’s capitol at the time. Unlike many perhaps, I tend to feel for the dilemma they were in, and therefore reserve judgment. Let me read other biographies first.

What impressions do you have of the first US President? Let me know in the comments below, or through Facebook or Twitter. 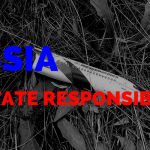 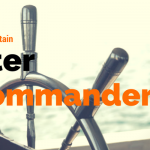