Based on customary international law, Russia could possibly be held responsible for the downing of MH17 if that act constitutes a violation of international law, and if it can be attributed to Russia. Russia can be held responsible for supplying the BUK missile system that shut down MH17 as well as other arms. But Russia could be held directly responsible for the shooting down of the Malaysia airline. However, for that direct responsibility to be determined, a crucial fact is either not known or just not made public yet.

Shooting down a civilian airplane in an armed conflict – international or otherwise – is a war crime under the laws of war. Although civilians may fall accidentally fall victim as collateral damage, civilians may not be targeted directly. So, if flight M17 was intentionally targeted or if the BUK crew knew that it could be hit instead of a military target the shooting could be considered a war crime. In any case, if it was an honest mistake out of inaptitude, it constitutes manslaughter.

But for Russia to be directly responsible for this war crime, it must be attributed to Russia. It must be proven that either

This is where the further findings of the JIT regarding the identities of the perpetrators become crucial as a first next step. The fact that the BUK quickly returned to Russian territory strongly suggests that Russian troops were involved.

Providing weapons as a use of force

Russia can be held responsible for providing weapons and weapons training to the separatists in Ukraine. According to long established case law, this constitutes a use of force in violation of the prohibition on the threat or use of force of Article 2(4) of the UN Charter. Just to contrast, providing money for instance ’only’ constitutes a violation of the principle of non-intervention. So, the determination that the BUK at least came from Russian territory implicates Russia in providing the BUK to the separatists, and therefore a use of force.

The road through the International Court of Justice may not be as redeeming as the criminal prosecution of individuals, but it is a road for accountability nonetheless. And perhaps more likely.

Do you think anyone will be criminally charged in the future? What about Russia’s responsibility and the case coming before the ICJ? Will we see a replay of Russia’s behavior before the Law of the Sea tribunal, or China before an arbitration tribunal? Let me know in the comments below, or through Facebook or Twitter. 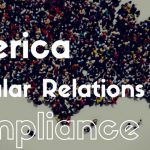 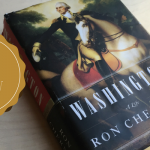