Court cases need not be old for these cases to become classics. The Jurisdictional Immunities case between Germany and Italy is an insta-classic. The International Court of Justice (ICJ) clearly delineated the international rules on the immunities of a State before the national courts of another. In this case, the ICJ concluded that Italian courts could not exercise jurisdiction or enforce judgements in favor of reparations owed to Italians and Greeks by Germany as a lingering after effect of the Second World War.

A quest for compensation

In 1998, an Italian citizen, Luigi Ferrini, tried to get compensation from Germany through the Italian courts, for being subjected to forced labour during the Second World War by Germany. Eventually, the highest court in Italy held that Italian courts could indeed entertain such claims despite the fact that states are usually immune from legal proceedings in the courts of another State. This ground breaking judgement subsequently sparked similar lawsuits, from other forced laborers and former Italian prisoners of war. Moreover, similar Greek claimants looked to Italian courts to enforce judgements from Greek courts, because such enforcement was blocked in Greece also based on state immunity. Germany was not pleased. It argued that many compensation laws and agreements were already in place since 1953. But most importantly, it argued that the customary law of state immunity prevents national courts from subjecting another State to their jurisdiction and enforcement of their judgements.

The specific question presented to the Court was essentially whether Italian courts have violated the state immunity of Germany by exercising jurisdiction to entertain claims against Germany, and attempting to enforce Greek judgements against Germany. Immunity of a state before the courts of another state blocks those courts from continuing legal proceedings. As the Court had also noted in the Arrest Warrant case, state immunity is a procedural matter, which means that a domestic court may have jurisdiction over the case according to its own laws, but it is blocked from exercising it. The jurisdiction still stands, but the case cannot go forward. That way, no state can become judge over the actions of another state and is sovereignty respected.

Although exceptions exist through a distinction between official and private acts, Italy could not rely on them. Immunity for private acts is severely curtailed, but immunity remains for official acts. Acts of German soldiers during an armed conflict easily fit into that category. But Italy argued a novel exception, similar to that argued in the Arrest-Warrant case, namely that immunity for official acts must give way when these acts amount to serious violations of international (humanitarian) law and ius cogens obligations. It was not contested by Germany, that German troops had committed atrocities in Italy that amounted to such serious violations of international law. However, the Court did not accept these arguments, because the nature of state immunity is procedural. Procedural matters are preliminary to the merits of the case and the latter does not influence the former. Moreover, the Court could not find any source, no treaty, international or national case law, to support an exception to immunities for serious violations of international law.

Italy argued that setting aside jurisdictional immunities should be allowed as a last resort for victims of German atrocities to get compensation which they otherwise could not get. The Court did not entertain that notion either, for lack of any practice or case law pointing in that direction. Italy also tried to argue that all these circumstances taken together – serious violations, ius cogens, last resort – should lead to an exception to state immunity. But again, Italy got rebuffed by the ICJ.

‘Measures of constraint’ and the Villa Vigoli

The Greek claimants, who had been handed favorable judgements in Greece, tried to get these enforced in Italy. They asked for ‘measures of constraint’, i.e. the seizing of German assets in Italy to pay for their compensation afforded to them by Greek courts. Germany argued that it had immunity from execution of that judgement. As the Court noted, this an issue that is separate from immunity from legal proceedings, and carries with it a different standard. That standard, found in customary international law, states that property in use for ‘governmental purposes that are entirely non-commercial’ and that fall within the State’s sovereign functions, cannot be subjected to measures of constraint. Villa Vigoli was real estate property that the Greek claimants tried to have seized, but which the Court said clearly fulfilled this standard for immunity from execution. By registering Villa Vigoli for such execution violated Italy’s obligation to respect the immunity of Germany. Indeed, the ICJ determined that declaring the Greek judgements to be enforceable in Italian courts was in itself a violation of Germany’s immunity under international law. 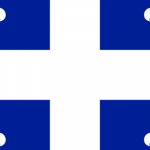 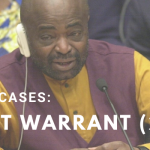