Sometimes a national court decision will have just as much impact on international law and international legal argument, as any judgement coming from the International Court of Justice. The issue of independence for the French-speaking Canadian province of Quebec has lingered for many years. But in two small paragraphs in its opinion on the issue, the Canadian Supreme Court has both clarified and confused international law on the right to self-determination of peoples. And States have seized on that confusion, with deleterious effect. It is indeed a classic case.

Since the late nineteen sixties, French-speaking Canadians have sought a way to gain independence for the province of Quebec. Given the history of French-speaking Quebec in predominantly English-speaking environment, that is not surprising. For almost a century, Quebec was a colony of France and was only ceded to the British under the 1763 Treaty of Paris after the Franco-British war ended in 1759. When the American Revolution was warming up, the British Parliament adopted the Quebec Act of 1774 containing a Charter of Rights, which included the expansion of Quebec’s territory and a return to French civil law. But he Quebecois have been trying to protect their heritage ever since in 1791 the province was deluged with English loyalist colonists. A referendum was held in Quebec in 1980  in an effort to change the Canadian Constitution to loosen the ties between Quebec and the rest of Canada – but not independence – and to protect French-Quebecois culture and language. 60% voted ’no’ on the referendum question. But a second referendum was held in 1995 for full sovereignty, i.e. independence, which was narrowly rejected by 50.58%. In 2006, Canada’s Parliament recognized Quebec as a ’nation within a united Canada’.

The right to self-determination

Not long after the 1995 referendum, the dominant political party in Quebec stated it would seek a third referendum in the near future. Presumably to head them off at the pass, the Canadian Prime Minister petitioned the Supreme Court of Canada to ask 1) whether Quebec could secede from Canada unilaterally under Canada’s Constitution, and; 2) whether international law gives a right to secede unilaterally based on the right to self-determination.

The Supreme Court’s answer to the second question has only earned footnotes in textbooks, but have had greater consequences in the real world. The Court noted first that there is no rule in international law that prohibits the unilateral secession from an existing Sate. It then turned to the right to self-determination in international law, showing its firm grounding in many international law sources. Self-determination is a general principle of law and even, as the Court noted, ‘beyond convention’, in other words a ius cogens norm from which States cannot deviate. It is reserved for ‘peoples’, and the Court explained that the term ‘peoples’ has not been clearly defined. Traditionally, the right to secession was reserved for peoples under colonial rule, as well as those under ‘alien subjugation, domination or exploitation’. In other circumstances, it is accepted that any issues of self-determination must be solved within the confines of the existing state, preserving its territorial integrity.

However, the Court then suggested that there might be a third category:

The parallel of this so-called ‘remedial right’ to secession based on self-determination with the other two categories is clear, but not when it comes to legal footing. Although no commentators or other sources are identified by the Court, and while it acknowledges that this ‘proposition’ is not ‘an established international law standard’, the mere mention of the idea was in a judicial record. And those commentators and others could start quoting, twisting and relying on it.

Consequences of the Quebec opinion

The opinion of the Supreme Court of Canada opened the door to wider claims of a right of secession based on self-determination. In 2008, the Serbian province of Kosovo – which had already fought its parent-state with help of ten NATO countries in 1999 – declared its independence. The Kosovars did not mention any right to self-determination,  but it recalled ’the years of strife and violence in Kosovo, that disturbed the conscience of all civilized people, (…).’ They also observed that ‘Kosovo is a special case arising from Yugoslavia’s non-consensual breakup and is not a precedent for any other situation’. Nevertheless, the Netherlands for instance, based its recognition of Kosovo on self-determination. More specifically, it argued secession was legitimate if internal self-determination has long and seriously been violated and that all possibilities have been exhausted, or if fundamental human rights are seriously and massively violated. This is clearly taken from Canada’s Supreme Court opinion.

That same year, South Ossetia and Abkhazia also violently separated from Georgia and were subsequently protected by Russia, all citing Kosovo as an example. South Ossetia had held an independence referendum two years earlier. Moreover, the International Court of Justice in an Advisory Opinion determined in 2010 in the context of Kosovo, just like the Canadian Supreme Court that there is no prohibition on any unilateral declaration of independence. In the aftermath of the Ukrainian Revolution, when unidentified forces started taking over Crimea, the people of Crimea held a referendum for independence. In 2017, the Catalans held a referendum and declared independence shortly thereafter. The Catalan declaration of independence explicitly invokes self-determination and the requirement of a referendum under international law, after which it tallies the ways in which the human rights of the Catalan people have been violently repressed and violated, following the Canadian Supreme Court to a tee. Say that you’re oppressed, hold a referendum and declare independence…. 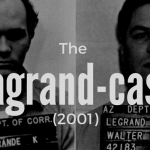