Today’s case between India and Pakistan before the International Court of Justice (ICJ) regards the arrest, trial and death sentence of Kulbushan Sudhir Jadhav, an Indian national, by Pakistan. Three weeks after the arrest, Indian got wind of it and attempted to get Mr. Jadhav legal assistance from India through its consulate. But to this day, Pakistan has not granted India access to its citizen who was tried by a military court and sentenced to death. Before the ICJ, India claimed that Pakistan violated and continues to violate the Vienna Convention on Consular Relations. For today, India is requesting provisional measures in order to halt the execution of Mr. Jadhav. At least for the time being, until the Court has decided the entire case.

This case is interesting because of the three high-profile ICJ cases on consular relations that preceded it. All involved the treatment of aliens by the United States with respect to their consular rights. In the cases against Germany (LaGrand-case) and Mexico (Avena-case), the U.S. was held responsible for not notifying a detailed foreigner that he has a right to assistance from his own state through its consulate. Moreover, the U.S. was also held to be responsible for not notifying the state or granting the state consular access. In both cases, individuals died, despite the Court’s judgement that the execution of death sentences be halted.

With respect to the Vienna Convention on Consular Relations, the Court controversially decided that this treaty contained an individual right of the detained foreigner to be notified of his/her right to have consular assistance, not just rights of state parties. So denying such an individual right could give rise to an exercise of diplomatic protection by the foreigner’s state, for instance by appealing to the ICJ. In the Avena-case, the U.S. argued that its hands were tied because of its internal federal structure. The federal government could not compel the governor of one of the states to take heed of the Court’s orders. But the Court and international law did not care. The U.S. had violated the the convention and its orders to halt executions. When the cases came before the U.S. Supreme Court, however, that court determined that the ICJ’s orders and the consular relations convention did not have direct effect within the U.S.. Moreover, it disagreed with the ICJ on the nature of the rights contained in the convention.

In the present case between India and Pakistan, it could have been made clearer in India’s Application to the Court whether it is advancing not only its own rights, but also the rights of Mr. Jadhav. But from the Application I am surmising that it is advancing both. The facts seem to be clear, as in that Pakistan is blatantly violating the Convention by still not allowing consular access. In addition, I am predicting that the Court will indeed order provisional measures to temporarily stop the execution. But that didn’t stop the US before. And given the animosity between India and Pakistan, I am doubtful that Pakistan will be stopped either.

Go check my Twitter feed for a report on the hearings today! 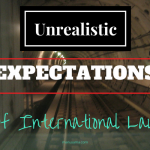 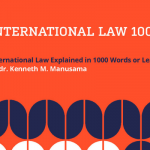