I’ll come right out and say it. We expect too much from international law. Even law in general, and lawyers and layman alike. We expect international law to always provide a solution for the world’s ills, dish out justice, or dictate policy. And we always get disappointed. Sure, some dismiss international law’s efficacy, relevance or its status as ’law’ as such. I like to think that they are in a small minority. But both camps are wrong and unrealistic as to what international law does or seeks to do, and consequently, what we can expect from it. International law is sometimes used as the ultimate argument, as a the Godwin of (geo)political debate. In both cases, the debate becomes stymied and the argument remains unresolved.

Somehow people expect international law and international institutions to perform magic; to regulate every movement and provide a solution to every problem in international relations. To start with my pet pief (i.e. since my PhD research) the United Nations Security Council has awesome authority to authorize the use of force or impose legally binding obligations. For a long time therefore, much was made of these powers in the media and the public, creating the expectation that the Council would address every serious situation in the world. The International Criminal Court was seen as the fulfillment of a long-standing promise to deny impunity to those who commit the worst of crimes. The label of ’human rights’ is used left and right, with the expectation of enforcement, trumping all other arguments. These are examples of some unrealistic expectations of international law, based on the lack of knowledge about international law or how it works. The world was time and time again disappointed by the political disagreements between the Council members, leaving the Security Council for all intents and purposes, by the wayside. The possibility of paralysis of the Council is institutionalized in the UN structure, as are its powers. Whether it functions according to expectation or potential within that structure is up to the Council members and the prevailing geopolitics winds. Similarly, international humanitarian law does not prevent the commission of war crimes, and the International Criminal Court cannot produce justice every time international crimes are committed. The set up and powers of the Court are often misunderstood, and its practice – or lack thereof – have made people doubt the legitimacy of the institution.

Why are these expectations unrealistic? What may we expect – and not – from international law? To expect these institutions and bodies of law to have a 100% prevention or solution rate is unrealistic and not even the goal of legal systems. In legal academia, I was always warned against drawing an analogy between international and national law. But I never saw the problem, particularly when it comes to teaching the basics of international law and let students relate to the subject-matter. Because in essence, all legal systems aim to do the same thing, and that is to regulate the behavior of those who are subjected to it. What we should expect from international law is that it provides a certain measure of stability through predictability. Law has a preventative function. Law-enforcement can never be one hundred percent. The trade-off for the generalizing nature of legislation and treaties is that they can never cover any and all situations that may arise. So there may be cases that illicit some head-scratching as to whether the law has been violated or not. Hence, courts of law. But because law is necessarily of a general nature, and words of paper are inherently inadequate, there will be disagreement. As I have probably said before (yes, I have), law does not necessarily equal justice. Because frankly, that is not its goal. The law tries to regulate behavior to facilitate an orderly, peaceful society. Justice is only a part of the equation.

A more theoretical cause of the unrealistic expectations that people have is the assumption that international law is a whole, complete legal system. That view has its supporters among many international lawyers. But I am not one of them. Those who see international law as one system often have to rely on general principles or borrow interpretations of vaguely similar concepts from different fields within international law. I sometimes find these rather tenuous, artificial and counter-productive. They only undermine the predictability of law and how it adds to legal certainty. And international courts are in danger of being accused of inventing law, and being seen as illegitimate as judges reason towards a specific result instead of interpreting firmly established law. In international law there can be something as a gap in international law where its existence would be desirable. 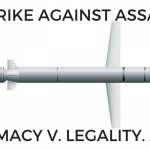 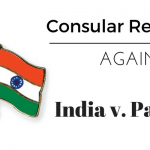