When teaching international law there are always cases that are mentioned, but never truly discussed. We either just quote a few sentences, or only refer to them as a source for a point to be made. These could, in good conscience, be called Classic Cases, but not too many people have actually delved into them. I think. I also thought that the Barcelona Traction-case is one of those cases. But when I started reading the case in depth, I kind of understood why not too many people actually read the damn thing. I, for one, had troubling going through economic principles and corporate structures. Or I was just distracted for a couple of days.

Belgium tried to exercise a right of diplomatic protection on behalf of the Belgian shareholders of the Barcelona Traction, Light & Power Company. This company was registered and had its head office in Canada. It operated a number of subsidiaries in Spain, under Spanish law, through which it provided electricity in Spain. The Belgian shareholders, or rather sterling bondholders, were paid interest on their bonds through foreign currency transfers from the subsidiaries to Barcelona Traction (you still with me?). Question: In this triangular relationship, can Belgium actually bring a claim against Spain for damages to the Belgian bondholders? Because they had invested in a Canadian company, not a Spanish one. According to the International Court of Justice, Belgium could only do so if the company ceased to exist, or if the company’s national state lacks the capacity to act on behalf of the company.

For diplomatic protection, the injured persons must have the nationality of the state doing the protection, but these persons must also use, exhaust all the legal remedies available in the state where they were actually injured. For individuals, we used to refer to the Nottebohm-case – another Classic Case. But we look to the Barcelona Traction-case as the source for the rule determining the nationality of corporations. The Court recited the ’traditional rule’ that diplomatic protection can only be exercised by the state where it is registered and has its registered office. Barcelona Traction was a Canadian company. And that was that. That is one of the main reasons we use the Barcelona Traction-case.

So there is more. Even more so in passing, by way of a so-called obiter dictum, the Court distinguished between different kinds of obligations. In the Barcelona Traction-case, the Court explained that some international legal obligations are so important that all States have an interest in their protection. Prohibitions on genocide, slavery, racial discrimination are examples of what are called obligations erga omnes. When such obligations are violated, all States have a right to hold the offending State accountable and legally responsible. But ’obligations the performance of which is the subject of diplomatic protection are not of the same category.’ Great. And the Court moves on to say more relevant things.

The Court eventually decided that Belgium did not have standing, was not allowed to bring a claim. Only Canada could, although not on behalf of its Belgian shareholders. Canada would have been able to exercise diplomatic protection for Canadian shareholders. But these days, as the Court also noted, the protection of investors – like shareholders – is regulated through bilateral investment treaties. And these include investor-state dispute settlement through arbitration, as is now included in the proposal for TTIP. I thought I’d throw that one one in there. 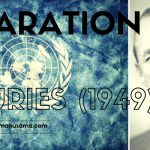 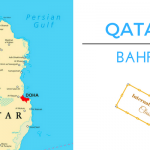