Admittedly, I am a Mark Twain novice, and I stumbled on this quote accidentally. As I said in my very first post on this blog, I intend to read some Twain. But I haven’t gotten to it yet. In any case, Mark Twain had a lot to say, and especially about lawyers it seems. There is so much to learn for me about Mark Twain, but let me start with this line that is now an all time favorite.

From my very brief look into Mark Twain, or rather Samuel Clemens, it seems that he was obsessed with copyright law. Clemens was adamant about protecting his work as Mark Twain from being pirated, at home and abroad. He argued in a famous speech before US Congress for the perpetual right to the profits of one’s labor and property. In this case, the profit one’s ideas and writings in books and such. In an unsent letter from 1887, Clemens railed against the current application of US copyright law. He particularly scolded the government for profiting from the copyright laws through import duties and fines, but failing to protect the works that are copyrighted. So in that light, Clemens  continued:

”[T]he departmental interpreters of the laws, in Washington (…) can always be depended upon to take a reasonably good law and interpret the common sense all out of it.”

“They can be depended on, every time, to defeat a good law, and make it inoperative–yes, and utterly grotesque, too, mere matter for laughter and derision.”

The context of Yoo

I unfortunately forgot how I exactly found this quote, but I do remember the context: doing research into John Yoo to satisfy my curiosity. Remember, Yoo creatively interpreted several US statutes, the torture convention, and the Geneva Conventions during the Bush Administration. Sure, in hindsight this quote may accurately describe what Yoo did. But interpretation is what lawyers do. And besides Yoo, this quote reminds of my own little time at the Ministry of Foreign Affairs, and research into government lawyers in general. Interpretations are made on the fly. But common sense is not always purposefully interpreted out of the law. The exact opposite is actually closer too the truth.

How far off is Mark Twain do you think? Or is he? Let me know in the comments below, or through Facebook or Twitter. 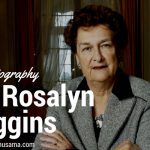 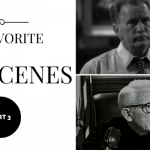