Ever since starting this blog, I have wanted start writing short biographical articles about people that interest me. Of course, these people are mostly related to law. Some have come and gone, while some are still going strong. John Yoo is very much alive, and it could be argued that he is one of the most consequential lawyers in the 21st century. And the general public doesn’t even know the half it. Controversial, infamous and apparently loving it: this is the Trouble with Yoo. The short version.

John Yoo had very strong conservative credentials even before he joined the US Justice Department in 2001 under the new Bush Administration. Through academia, clerkships with conservative judges and involvement in the Federal Society, Yoo eked out a legal niche among conservative lawyers in the field of national security law as well as international law. He came into the Office of the Legal Counsel with clear views about presidential powers, and the relationship between international law and the US Constitution. I am not a US constitutional lawyer, but his views were not mainstream, even niche. And on 9/11 he got to implement all his conservative views. His legal scholarship would become the policy foundation for the War on Terror, which would become ’The Lawyers War’

Yoo and the War on Terror

Hours after the attacks in New York and Washington D.C., it was Yoo who started to put the fundamental pillars under the legal regime that was to dictate the coming struggle. Yoo also determined that that legal regime would be dictated by the unique character of the 9/11 events. So, in short order, Yoo (co-)wrote a number of memos arguing that the US was now at war and the President had the authority to use force against terrorist organizations. More importantly, he argued that in this war, the Geneva Conventions related to the treatment of prisoners of war did not apply to captured members of either Al Qaeda or the Taliban. This set the stage for the internment of such members on Guantanamo Bay.

But Yoo’s reputation would be made on the issue of interrogation, or should we say ’torture’. Already on the slippery slope of previous legal determinations, Yoo very narrowly defined ’torture’. His interpretation laid the basis for the formulation of the CIA and Pentagon ’enhanced interrogation techniques’, and consequently, the horrid stories and pictures of Abu Graib and Guantanamo Bay. Yoo’s work has led to unprecedented legal backlash, from the withdrawal of his memos by the Justice Department to attempts to get Yoo prosecuted for war crimes at home and around the world. To this day, he is know as the Torture Lawyer, a member of the Bush Six, and to this day protesters call for his resignation from UCLA Berkeley.

Despite his haters, critics and detractors, Yoo has embraced his infamy. My own interest in Yoo was truly sparked after seeing his interview on The Daily Show with John Stewart. You was the consumate lawyer, as well as charming and witty. As an immigrant son from Korea, he as embraced his scarred reputation and conservative identity in a country he holds so dear and for which he is so thankful. In speeches he has gleefully referred to himself as ’a shining beacon of capitalism and democracy in a sea of Marxists’, pointing to his tenured professorship at the notoriously liberal campus of Berkeley. In professional terms he branched out to legal commentary in various outlets, and even political commentary.

But John Yoo is only human. So, he has also displayed anger, resentment and disappointment at being derided professionally and personally. And its understandable. Yoo’s work, which included also the legalities of the NSA surveillance program, is slowly being dismantled after many of the secret memos became public. Already within a year after leaving OLC, some Yoo memos were withdrawn for bad legal reasoning. He was sued by a former prisoner in the War on Terror, and Yoo was targeted for criminal prosecution in several countries. But he is not hiding. On the contrary. As recent as August 17, 2016, Yoo joined the chorus of conservative experts denouncing Trump for his legal and foreign policy views that disqualify him for the Presidency.

He may never become a Supreme Court Justice – which I suspect was a secret ambition of his – but he will remain relevant and controversial. And above all, fascinating.

Has John Yoo been unfairly treated? Should he be forced to resign from Berkeley? Was he just doing his job to the best of his ability? Let me know in the comments below, or through Facebook or Twitter. 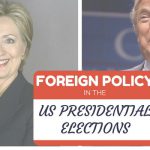 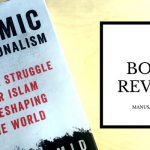