This is Part Two of an impromptu series on my favorite movie scenes about law, which will now include a scene from a mini-series. Somehow, the best and poignant explanations and dilemmas of law come from playwrights and screenwriters. In the next two scenes, depicting historical events, one fundamental point is made about law. The law is applicable to all, and provides protection for all.

This movie is a classic, not only among lawyers. Based on the true story of Sir (and later Saint) Thomas More and his legal and religious opposition to the English King Henry VIII who wants to divorce and then remarry. As Lord Chancellor, More has the authority to obstruct the King’s plans, but even as a private citizen he is persecuted, ultimately leading to his bloody demise at the Tower of London. More’s legal and moral righteousness and his defense of the rule of law are famous, as is his authorship of the philosophical novel ’Utopia’. The scene and the relevant quotes from this movie is perhaps already wider known among lawyers. In a heated conversation about the ambitions of Richard Rich with his family, More defends the equal application and protection of the law:

Man: There’s no law against that.

Roper: There is. God’s law!

More: Then God can arrest him.

Alice: While you talk, he’s gone!

More: Go he should, if he were the Devil, until he broke the law.

Roper: Now you’d give the Devil benefit of law!

More: Yes, what would you do? Cut a road through the law to get after the Devil?

Roper: Yes. I’d cut down every law in England to do that.

More: And when the last law was down, and the Devil turned on you… where would you hide, Roper, the laws all being flat? This country is planted with laws from coast to coast… man’s laws, not God’s, and if you cut them down… and you’re just the man to do it… do you really think you could stand upright in the winds that would blow then? Yes, I’d give the Devil benefit of law for my own safety’s sake.

More argues that no one should be arrested or detained if they haven’t broken the law. It is a quandary of all ages. Can a person be arrested or detained without him ever haven broken the law. I am reminded of that famous Robert Kennedy clip in which he berates a local sheriff, who wants to arrest potential rioters. RFK rightfully asks ’How can you arrest someone, if they haven’t violated the law?’ And the sheriff replies ’they’re ready to violate the law’, to the cheers of the attending crowd. In response, RFK suggests that during lunch ’that the sheriff and the district attorney read the Constitution of the United States.” It may be tempting to argue that people need to be detained as a preventative measure, meaning before they violate the law. But it is the exact premise, purpose and promise of the rule of law that people can live in freedom until they violate the law.

The HBO mini-series about the life of John Adams, 2nd President of the United States, is – I would argue – equally classic. He was one of America’s most influential founders together with the likes of George Washington and Thomas Jefferson. John Adams was a lawyer first, and he first gained true public notoriety when he defended the British soldiers charged in the so-called Boston Massacre. His closing argument in that case contains a gem of a quote about the rule of law:

The prisoners must be judged solely upon the evidence produced against them in court and by nothing else. And the evidence we have heard speaks plainly enough, gentlemen. A sentry’s post is his castle! And to attack it, by English law, is an illegal act. Soldiers so assaulted may defend themselves to the death. The people are crying, “kill them! Kill them! Knock them down!” and they’re heaving sharp cutting ice, oyster shells, clubs. What are they to do, behave like stoic philosophers lost in apathy? Disregard these uniforms. Consider the men who wear them. Consider yourselves in such a situation and judge if a reasonable man would not fear for his life. Facts are stubborn things. See, whatever our wishes, our inclinations Or the dictums of our passions They cannot alter the state of facts and evidence. You see, the law on the one hand is inexorable to the cries and lamentations of the prisoners. But on the other hand, it is dea deaf as an adder to the clamors of the populace. Gentlemen of the jury, I submit to your candor and justice, the prisoners and their cause.

As may be expected, the entire speech in the episode is a shorter, edited altered version of the original. The tv-version is compelling but does not do the original closing argument justice:

The law, in all vicissitudes of government, fluctuations of the passions, or flights of enthusiasm, will preserve a steady undeviating course; it will not bend to the uncertain wishes, imaginations, and wanton tempers of men. To use the words of a great and worthy man, a patriot, and an hero, and enlightned friend of mankind, and a martyr to liberty; I mean ALGERNON SIDNEY,who from his earliest infancy sought a tranquil retirement under the shadow of the tree of liberty, with his tongue, his pen, and his sword, “The law, (says he,) no passion can disturb. Tis void of desire and fear, lust and anger. ‘Tis mens sine affectu; written reason; retaining some measure of the divine perfection. It does not enjoin that which pleases a weak, frail man, but without any regard to persons, commands that which is good, and punishes evil in all, whether rich, or poor, high or low,’Tis deaf, inexorable, inflexible. On the one hand it is inexorable to the cries and lamentations of the prisoners; on the other it is deaf, deaf as an adder to the clamours of the populace.

As Adams himself noted, his words about the impartial and equal application of the law were not his own. They come from Algernon Sidney’s book ‘Discourses concerning Government’ from 1683, the twin, but lesser known book on republican government to John Locke’s ’Two Treatises on Government’ from 1689. Adams used these words in a criminal defense setting, but the gist remained the same. The law applies to everyone, and everyone must enjoy its protection.

The law is impartial, independent. For me, it is one of the most attractive propositions in the law that must be prot    -ected at all times. If it takes movies or Hollywood renditions of republican political philosophy to keep conveying that important truth,  so be it. 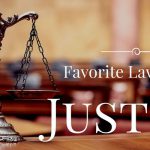 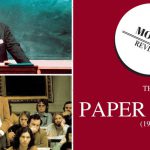