I imagine that every lawyer, international or otherwise, is sensitive to how law and lawyers are portrayed on screen. That portrait is not only painted through whole storylines or devilish characters, but also through memorable scenes, quotes and monologues. Greatly written lines that convey fundamental thoughts and views of the law, or the teaching of law, can have great impact on the public consciousness. Awareness of how law works, the (lack of) overlap between law, politics, morality and the role of law in determining right from wrong can all be achieved through a few memorable movie scenes. These are the first of a list of scenes and monologues that may continue for a while.

This classic about life as first-year law student at Harvard includes a great articulation of the so-called Socratic method of teaching.

”The study of law is something new and unfamiliar to most of you, unlike any schooling you’ve ever been through before. We use the Socratic Method here. I call on you, ask you a question and you answer it. Why don’t I just give you a lecture? Because through my questions you learn to teach yourselves. Through this method of questioning, answering, questioning, answering, we seek to develop in you the ability to analyse that vast complex of facts that constitute the relationships of members within a given society. Questioning and answering. At times you may feel that you have found the correct answer; I assure you that this is a total delusion on your part. You’ll never find the correct absolute and final answer. In my classroom there is always another question, another question to follow your answer. As you’re on a treadmill. My little questions spin the tumblers of your mind. You’re on an operating table. My little question are the fingers probing your brain. We do brain surgery here. You teach yourself the law, but I train your mind. You come here with a skull full of mush; and you leave thinking like a lawyer.”

That is how I tried to teach, albeit more benevolently. Enough said. Watch here (starting at 6:49)

In a great speech on the often paradox nature of the law, this movie has President Abraham Lincoln say the following about his decision to free the slaves, clothed as a wartime measure:

“I decided that the Constitution gives me war powers. But no one knows just exactly what those powers are. Some say they don’t exist. I don’t know. I decided I needed them to exist to uphold my oath to protect the Constitution, which I decided meant that I could take the rebel’s slaves from them as property confiscated in war. That might recommend to suspicion that I agree with the Rebs that their slaves are property in the first place; of course, I don’t. Never have. I’m glad to see any man free. And if calling a man property or war contraband does the trick, well I caught at the opportunity. Now here’s where it gets truly slippery. I used the law allowing for the seizure of property in a war knowing it applies only to the property of governments and citizens of belligerent nations. But the South ain’t a nation. That’s why I can’t negotiate with them. So, if in fact the Negroes are property according to the law, have I the right to take the Rebels’ property from them if I insist they’re Rebels only and not citizens of a belligerent country? And slipperier still, I maintain that it ain’t our actual Southern states in rebellion, but only the rebels living in those states, the laws of which states remain in force. The laws of which states remain in force. That means that since it’s states laws that determine whether Negroes can be sold as slaves, as property, the federal government doesn’t have a say in that. At least not yet. Then Negroes in those states are slaves, hence property, hence my war powers allow me to confiscate them as such, so I confiscate them. But if I am a respecter of states’ laws, how then can I legally free ’m with my Proclamation as I done? Unless I’m cancelling states laws? I felt the war demanded it. My oath demanded it. I felt right with myself and I hoped that it was legal to do it. I’m hoping still.”

Lincoln’s view, dramatically articulated by Daniel-Day Lewis, seems to be the result of a hard wrought, personal reflection on the law, the law’s ultimate purpose and the abolishment of slavery. That goal may be morally superior, but Lincoln claims that the extent of executive war time powers  is determined by the exigencies of the times and therefore, limitless. However, it stands in stark contrast to a more fundamental principle of the rule of law: the use of governmental power is based on and is limited by the law. War is ugly and justice is sometimes found outside of the law, but that doesn’t mean that the law must be abandoned altogether for the sake of justice or effective governing. It is said that ‘a successful revolution begets its own legality’, but the air of success and legitimacy of a bold act can never totally remove the stench of illegality and arbitrariness. 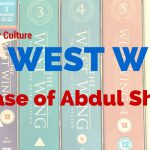 The West Wing – The Case of Abdul ShareefLaw and Popular Culture 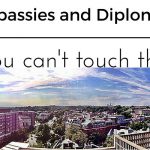 Embassies and diplomats: You can’t touch this!Law and Popular Culture