In contrast to my previous article on the South China Sea arbitral award and the Chinese arguments in that case, this article is decidedly about territorial sovereignty. Or, to be precise, the wonderful case in which the criteria for territorial sovereignty were laid down. These criteria will perhaps be the focus of more legal proceedings regarding the South China Sea in the future. But for now, we concentrate on the incredibly rich story of the Island of Palmas case between the United States and the Netherlands.

On January 21st, 1906, Major-General Wood of the United States Army and Governor of the Moro Province in the Philippines, approached an island he knew as the Island of Palmas, today known as Miangas. It is located just 50 miles south-east of the coast of the large Philippine island of Minandao, and is just 1.22 square miles (or 3.15 km2). General Wood was under the assumption that it was part of the U.S. territory. Spain, as colonizing power, had ceded the Philippines to the US under the Treaty of Paris of 1898. However, upon arrival at the island Wood saw the flag of the Netherlands flying over the island and on the boat that came to meet him. It appeared that the Netherlands via the Dutch East India Company had been claiming and exercising sovereignty over the island for centuries. Two months later a diplomatic correspondence started, but after several years of disagreement the case between the United States and the Netherlands was brought before an arbitration tribunal in 1925 under the auspices of the Permanent Court of Arbitration. The prominent Swiss lawyer Max Huber was the sole arbitrator.

Acting as the sole arbitrator was the way Max Huber liked it. In 1925, Huber was also President of the Permanent Court of International Justice. Yet, he lamented the lack of collegiality and expertise among his fellow judges. With the exception of the Lotus-case, he regretted that the Court did not deal with more fundamental questions of international law. He shied away from the public attention and had to miss his wife for most of the time, due to her illness. Operating alone, Huber could fully deploy his historical and sociological method of research and settling disputes on the basis of international law. Huber was convinced that states were at the center of the international legal system, but that historical developments and the power distribution among states greatly influenced the development of international law.

Although we generally treat the 1648 Westphalian peace treaties as the abstract birth of sovereignty, they functioned as concrete legal instruments in this case. In order to determine the main question – which country has sovereignty over the Island of Palmas? – Huber had to reach back centuries. Did Spain ever have a legal title to the island? Because Spain could not give a right to the US that it never had. Next to the Westphalian treaties Huber also examined language in treaties from the 18th century and treaties with so-called native states. He examined centuries-old maps to make sure that see how each had designated the island in the past, including what names they gave it. Huber also had to quickly determine the nature and the powers of the Dutch East India Company as the sole representative of the Netherlands. You can just picture Huber sitting in his study pouring over these old maps.

The United States argued that it could claim sovereignty based on the fact that Spain had ceded its title to the US. Spain could do so because Spain’s title to the island was based on either the discovery of the island, the 1648 Treaty of Munster, or the geographical unity with other islands (contiguity). The Netherlands argued that it had possessed and exercised sovereignty even before 1648, and which was reinforced by subsequent treaties. These treaties included treaties with native states that established Dutch suzerainty over them.

But Huber started with general observations about sovereignty over territory that already spelled doom for the American arguments. Many of the terms he used and criteria he formulated can now be found every textbook on international law. If a state has a title to territory, such a through cession in the present case, that title can be challenged under certain circumstances. Huber reasoned that since the middle of the 18th century, effectiveness in maintaining that title is required. So, if another state can show ’continuous and peaceful display of territorial sovereignty’, that display is as good as a title. Discovery is not enough; it is at most an ’inchoate’, or incomplete title. A state must actually exercise sovereignty over that discovered territory.

Max Huber essentially wiped away all arguments by the United States. He even questioned whether Spain ever had a title based on discovery. No treaty recognized Spain’s title to the Island. But more importantly, the Netherlands had for centuries been present in the region and dealt with the island. The Island of Palmas was part of the native state of Tabukan and the Dutch East India Company had concluded a treaty with that native state. It had administered the island and levied taxes over its population. Outward signs such as flags were present, and the inhabitants themselves were aware of their status. Any state could have seen and be aware of the Dutch control over the territory. The Netherlands, concluded Huber, had acquired title of sovereignty ’by continuous and peaceful display of State authority during a long period of time going probably back beyond the year 1700′.

Even though this case was decided in 1928, the dispute over the Island of Miangas as it is now known, has not disappeared entirely. It briefly lit up in 2009 when a Philippine tourism bureau issued a map showing Palmas/Miangas as part of the Philippines. Indonesia, as successor the Netherlands, protested, but the small incident showed slumbering disagreement about the island and the waters surrounding it. States have long memories…. 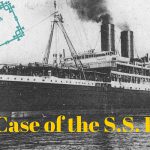 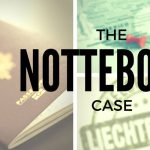