That was quite the weekend, with a row between The Netherlands and Turkey blowing up and almost culminating in an arrest and forced escort of a friendly nation’s minister. One can only imagine the behind the scenes action. And that will have been in significant part about international law. Even during the crisis, there was public discussion about the legal arguments, and I participated on Twitter mainly. But let me lay out it here in more than 140 characters at the time.

The current crisis in Turkish-Dutch relations started with the announcement that the Turkish Foreign Minister was to visit the Netherlands and campaign with Turkish-Dutch citizens about the upcoming referendum in Turkey. From the beginning, the Netherlands was very uncomfortable with the situation, because of the purportedly dictatorial turn that Turkey is making under President Erdogan. The proposed constitutional reforms on which the referendum will be held would make that worse in the eyes of many European countries. So the Netherlands decided not to let the Turkish FM to enter the Netherlands by denying his plane landing rights. The infuriated Turks then dispatched the Minister for Family Affairs who was in Germany, to the Netherlands and the site in the city of Rotterdam where the campaign event was to be held. She willfully travelled in two separate motorcades in an attempt to elude the Dutch police. In Rotterdam, she was blocked from entering the Turkish consulate and was told to leave the country, which she did ultimately under police escort. The war of words quickly turned nasty, although especially from Turkish side. And the conflict isn’t over yet.

Publicly there was relatively little discussion as to whether the Netherlands could actually prevent the Turkish FM from coming to the Netherlands. The short answer is, yes, but there is a confusion about this thing called ’immunity’, an immunity for state officials that is derived from the immunity of the state itself. And the perception was that the Netherlands couldn’t legally prevent him from coming. But there is no international legal duty to do so. States still decide who enters the country and who doesn’t, in the absence of any international agreements to the contrary. The  S-words rears its head again. Sovereignty and exclusive jurisdiction over a state’s own territory are the legal basis of any denial of entry, even of a friendly power’s Foreign Minister. Again, there is no duty to let anyone in. If he would have been present on Dutch territory somehow he would have enjoyed absolute immunity, that is, he could not be arrested.

Blocking and ’deporting’ the other Turkish minister

From what I have gathered, the Turkish Minister for Family Affairs deceptively entered the Netherlands from Germany, and tried to allude Dutch police. When she was blocked and held up in Rotterdam, she argued that that was in violation of international law. As a Minister of Family Affairs, she does not enjoy the same absolute immunity as her FM colleague. The International Court of Justice (ICJ) in the Arrest Warrant-case, perhaps inadvertently, laid down a functional test to determine immunity for state officials. Is it  necessary for the effective discharge for its functions? For a Head of State or government, a Foreign Minister, or a Minister of Defense (the Holy Trinity) the answer is obvious. For a Minister for Family Affairs, it is less so.

The ever recurring problem of ’who determines’ also raised its ugly head. The ICJ’s functional test sounds sympathetic, but it is the states themselves who have to determine whether a visiting minister who is not part of the Holy Trinity. In this case, I would argue that the Minister for Family Affairs did not enjoy immunity. However, that doesn’t really solve the situation on the ground.

Could she have enjoyed that other type of immunity, namely diplomatic immunity, covered by the Vienna Convention on Diplomatic Relations (VCDR)? Well, no, because the status of diplomat and the accompanying immunity is dependent on the acceptance by the state hosting (not sending) the diplomat. And this minister was definitely not accepted.

But what if, let’s say, the case comes before the ICJ? The primary argument would be the lack of immunity, but a subsidiary argument could go as follows. It has been argued by a former colleague of mine in the media and on Twitter (@mariekedehoon) that the Netherlands could argue that even if there was immunity, the ’deportation’ of the minister was justified by ’necessity’ or as a counter-measure under the law on state responsibility. The ouster of the minister would be a violation of customary international law or the VCDR, but is excused by saying it was necessary. Yet the threshold is ’grave and imminent peril’ to an essential interest of the state. That is pretty high. A counter-measure can be a justification for an illegal act if it is in violation of a prior illegal act by, in this case, Turkey. What could that be? By this minister trying to deceive the Dutch authorities to get to Rotterdam and speak despite emergency order in effect there could be construed as a violation of the principle of non-intervention. Turkey tried to coerce the Netherlands in allowing a foreign campaign rally when authorities had prohibited the demonstration out of public order and safety concerns. Consequently, the Netherlands could take a counter-measure in the form of having the minister leave the country. It is a persuasive argument, but I wonder if there is not a threshold to be met here, of seriousness and of what the state is trying to coerce in the other.

As a lawyer, I would welcome ICJ proceedings on this, but it is highly unlikely. For instance, Turkey is not party to the Optional Protocol on Compulsory Dispute Settlement attached to the VCDR. Let’s wait and see. As always, it was interesting.

Any thoughts on this conflict? Let me know in the comments below, or through Facebook or Twitter. 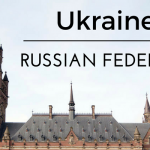 Book review: ‘The Constitution – an Introduction’Uncategorized